Buying lobster meat by the pound is one of the most versatile seafood purchases you can make because you can make endless dishes with lobster meat. However, with tails and whole live lobster, there is some work to do in order to make other dishes.

Lobster meat is typically comprised of tail, claw, and knuckle meat or what’s referred to as TKC in the industry. For the reputable companies on this page whose lobster meat we recommend, the meat is typically processed within 12 hours of being caught. The meat is cooked and flash frozen straight away, sealing in the freshness and quality. Once thawed, it is ready to be turned into lobster rolls or to get creative with lobster bisque, quesadillas, ravioli or lobster mac and cheese, to name a few dishes.

This grid shows how much lobster costs per pound by the leading sellers of fresh Maine lobster meat. Below the grid, we get into recommendations and context.

Companies with lobster meat for sale have different cost structures, but the quality of their product is of the highest standard. Every company that sells lobster meat has slightly different pricing for lots of reasons. Most companies will offer free or reduced rate shipping when buying quality seafood for delivery, so it’s always best to make a bigger purchase of stuff you will buy anyway to get the biggest discount on shipping.

Best Lobster Price by the Pound

Best Maine Lobster is an incredible company founded on the understanding that people all over the country want that Maine lobster taste right in their own homes, even if they live in California. This is another great option if you are looking for just a little more meat, but looking ONLY for lobster meat and not any other seafoods. 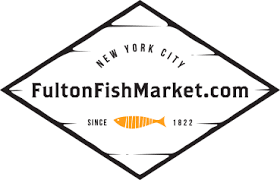 Fulton Fish Market is a big operation selling about every kind of fish or shellfish you can imagine. Fulton is a great option if you are looking to make a bigger purchase and fill up the freezer with more than just lobster meat. They source from a lot of different fisheries, not just those in Maine, so this is the place to get fresh seafood from all over the world.

Cameron’s Seafood is now back in stock (as of 5/27/2021), and we wanted to take a minute to talk about what is special about Cameron’s. While they do sell some fresh fish, they mainly sell shellfish. From live lobster, meat, and tails to King Crab Legs, Maryland blue crab, and shrimp. Cameron’s is THE place for shellfish lovers to have incredible fresh-caught quality, shipped anywhere in the country.

All of the Maine lobster meat delivery companies listed will ship straight to your door in a two days or less.

We surveyed 22 lobster companies and found the range to be $35/lb on the low end and $120/lb on the high end. That is just what we could find. There are plenty of lobster companies out there that don’t even have a website, but dollars to donuts, we’ll bet their lobster falls in this range.

From our point of view, we tend to ignore the cheap side of things. Lobster meat is about freshness and those prices below $40/lb make us wonder how long they have been sitting around to be offered that cheaply. Similarly, those on the high end, like Sanders Lobster, Crazy Lobster Shellfish, and Winter Harbor Lobster Co-op are just too high to take seriously.

In our view, the smart range is from $45 – $80/lb for lobster meat. The high end should get cheaper in quantity or offer free shipping. And the low end is already low.

How Much Meat Does a Lobster Produce?

The fine folks over at Lobster Anywhere answered this question as thoroughly as some Ph.Ds, so read that if you want every juicy detail. For this page, we will cut to the quick.

A typical lobster will kick out about 20% meat per pound of whole lobster. So a 1.5lb lobster (24oz) will yield about 5oz of meat. That is supposed to be a serving, where eating whole lobster is concerned, but after spending an hour tearing about the carcass, you’ve burnt off all the calories in the meat just trying to get to it. Whereas 5oz of lobster meat in a roll is enough (for some).

When you buy a pound of lobster meat that has all knuckle and claw and tail meat, it took around three halves (1.5lb lobsters) or four quarters (1.25lb lobsters) to make that pound of meat. And if you’ve eaten a whole lobster, you know how much work that was.

When is Lobster Season? When Is the Best Time to Buy Meat?

Commercial lobster fishing season is nearly year-round, but most of the lobsters are caught between late June and late December up in Maine, though they are fished as far south as North Carolina. You can get fresh-caught and processed lobster meat year-round and it may be very new. However, the most likely times to buy and be confident that it’s not last season’s lobster is (our opinion here) from August to January.

Take note of our Affiliate Relationships that may exist with this page and companies listed on it.