Other Types of Crab

The five most popular, commercially available types of crab species in the United States include king crab, stone crab, blue crab, snow crab, and Dungeness crab. That said, some rarer finds occasionally make their way onto American plates. Below, you’ll find several types of crab species that are uncommon in U.S. waters but that are sometimes featured at fish markets, on seasonal menus, or at specialty import stores.

The Japanese spider crab is almost universally recognizable for its long, thin legs and almost comically small body. They live in the waters around Japan and have the largest leg span of any arthropod, sometimes reaching up to 18 feet from claw to claw. The body itself is known to grow to a size of 16 inches, and the whole crab can weigh as much as 42 pounds. Adults are often found at depths between 160 and 1,970 feet, making this a relatively difficult catch. As a result, customers will likely pay a lot of money to sample this delicious crustacean.

By contrast, common spider crabs are slightly smaller and found in cold waters around the world, but most say the meat tastes similar. They are sweet and prepared simply, often in boiling water or steam. 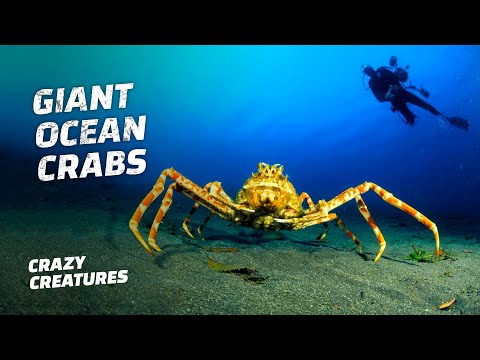 Horsehair crabs, also known as hairy crabs, are common in Japanese cuisine and are harvested year-round off the coast of Hokkaido. This species has a hard shell and a soft spine that covers the body and appendages. Roughly the size of the human palm, this crab has a dark green back with golden claws, which are typically covered in brown fur.

These crabs are only available in the fall, and supplies are generally very limited. The crab’s meat is known for its dense sweetness, but the horsehair crab’s roe is prized above all else. Traditionally, horsehair crabs are steamed or boiled in saltwater, cut into sections, and eaten by hand alongside a vinegar and ginger sauce. They are also frequently de-shelled and made into dish kani miso, which is served inside the crab’s own shell.

Peekytoe crabs, also known as bay crab or rock crab, were a type of crab considered to be a throwaway byproduct of lobster fishing before the 1990s. Until demand increased, they were only called peekytoes if sourced from Penobscot Bay in Down East Maine; now, they are sourced from Rhode Island to Nova Scotia, often in depths of 20 to 40 feet. The meat is white with flecks of pink, and it has a sweet, delicate flavor. Peekytoes are typically prepared simply, either steamed with lemon or atop a simple salad.

The crabs themselves are very delicate, so they cannot be shipped live. They must be handled, cooked, and picked very carefully, often at the fishing facility. If you see live peekytoe crab for sale online, check the provider to see what their shipping process is like. It is difficult to promise one of these little guys will survive the trip, and you never want to eat dead or expired crab meat.

The Kona crab, also known as the Spanner Crab or Frog Crab, lives in tropical and subtropical habitats, usually in Hawaiian and Australian waters. They can grow up to 6 inches long and weigh up to 2 pounds. The species is commercially sourced throughout its range, but the population is frequently surveyed to avoid overfishing. The population is currently stable. Kona crabs have a reddish-orange shell and appear to squat, living on the sandy ocean floor where they like to burrow away from predators.

Kona crabs have a very mild flavor and are often boiled and served simply with ginger and salt. These crabs are highly perishable once harvested, meaning they will rarely make it to your local seafood counter. However, if you find yourself in Hawaii, New Zealand, Australia, or the Philippines, be sure to try this delicious crustacean for yourself. 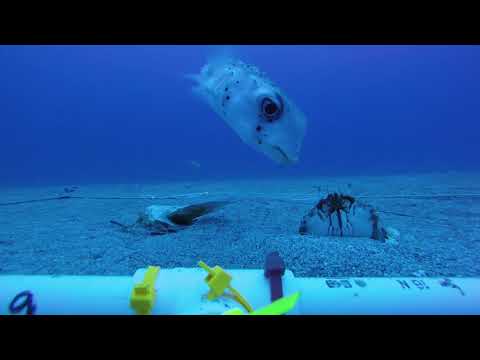 Take note of our Affiliate Relationships that may exist with this page and companies listed on it.